In the field of Information Security (or, Cyber Security), there are many things we need to deal with. Just like the Horror Movie Villains we hate (or love, I won’t judge), let’s talk about Common Malwares you got to know.

Malware, which is a short for Malicious software, is a general name for threats that can potentially harm the information or devices we use.

There are 3 commonly known types of Malwares

Similar to the concept and course of action of a virus in nature, this software is capable of replicating itself and damaging various parts of the device, as well as “infecting” other devices located on the same network! * COVID-19 flashbacks *

The virus software is made up of lines of code, which are actually instructions for the computer, through which the virus is designed to “copy” itself to other programs or from one device to the other through the input / output means of the devices.

In case one device is infected with the virus, it is important to disconnect it immediately from the local network.
In order not to “infect” others on the same network if the virus is capable of it.

2. “Worms” – Unlike the popular video game series, this is something you would not want to be found on your device. Worm is a Software that replicates itself and is equipped with its own mechanism that helps it to automatically distribute itself on the network without any “help” from the user.

A worm will usually relies on security failures on the target computer to access it, just like the invertebrate animal, finds a “hole” in a certain wall.

3. Trojan Horse – Ever heard the story of the city Troy ?

The name originates from the mythological story of the Trojan horse in the Trojan War. And just like that, Trojan Horse is a harmful computer software that is supposed to perform something specific but actually, performs something else.

Trojan horse is an inclusive name for malwares that relies on the innocence of the user and his willingness to install it voluntarily.

For example : A user downloads a document from the Internet, thinking that it’s a harmless file.

It may or may not be the desired document, but in practice, the same person who created the file, proably inserted / added a few lines of code so that the file will perform additional actions “behind the scenes” .

In most cases, you won’t know that it’s a Trojan horse, until it’s too late (like those poor Trojans).

Other various Malwares, such as pop-up advertisements, mainly bother the user and consume their valuable time by requiring them to take care of them and remove them from the computer.

Usually their main purpose is not to harm, but to “distract” the user so that he won’t notice what is actually happening.

Even Spam, although it is not dangerous in itself, may lead to a lot of storage being occupied, and, as a result to not having enough storage space left for legitimate emails, this is type of attack is called DoS attack. 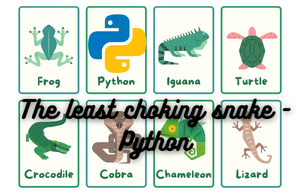 Nice title does it? No but seriously, tell it to my boss. but seriously-Seriously, in this article we are gonna talk about Python, and no, 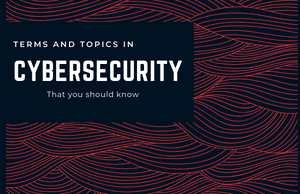 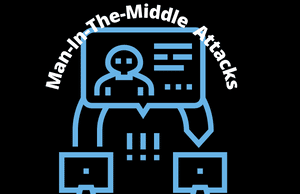 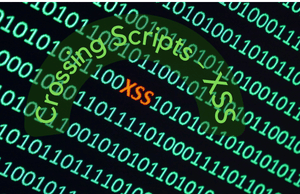 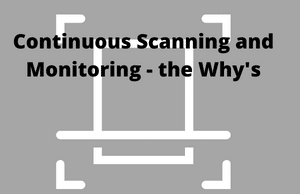 Continuous Scanning and Monitoring – the Why’s

You are given tools, these tools allow you to maintain your house, will you “fix” things when they break only once? or will you keep 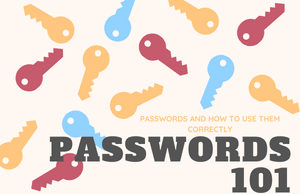